What If, We The People

What If, We The People

It has always disheartened me that farmers feel the need to compete with one another. Can’t we all just get along, lol? My dream is a farming production world where competing isn’t so much of a thing. That said, as I’ve contemplated the issue more closely, I now better understand how a competition mindset is so easy to fall into.

Currently, all farms are constantly navigating and fine-tuning their processes to get better at how and what they grow. We focus on increasing yields, improving our crop quality, enriching our soils, and even bettering our quality of life. The biggest focus though is striving to be competitive in the ‘marketplace’.

Be it the farmers market or the grocery store … whatever angle you look at it from, there tends to be only a single access point to our ‘customers’.

I’d like to put forward that this is what fosters a culture of competition between farmers.

When two or more farms collectively sit on one stage, selling the same produce, at the same time, during the singular Canadian growing season there develops a fierce battleground – comical though it may be – which is a sad picture to behold.

Here you have two farms that have grown the same produce and are selling at the same place, and the only way they can make it work is to dominate the competition.

“Stack high and see them fly” I was once taught. “Do your research and price to go” was another. Yet, deep inside my heart, I knew these economies weren’t for me. Something was missing.

A step in the right direction is Community Supported Agriculture (CSA) which is a unique agriculture system where community members pledge their support to a local farm by paying an upfront fee for a share of vegetables. This money allows the farmers to cover costs such as seeds, tools, compost, and equipment before the season begins. In return, the farmers provide weekly shares of fresh produce throughout the growing season. In this mutually beneficial system, consumers and producers share the risks and rewards associated with farming. We think it’s a win-win!

However, even if each farm had its own CSA set-up, the specter of competition still rears its ugly head. One way this happens is around the problem of access to the produce, which then takes center stage. Now everyone becomes focused on how they can attract buyers to their produce rather than someone else’s. Why should I buy a radish from you rather than the other guy? Everyone is selling radishes, so I’m going to buy from the guy with the coolest logo, website, etc… 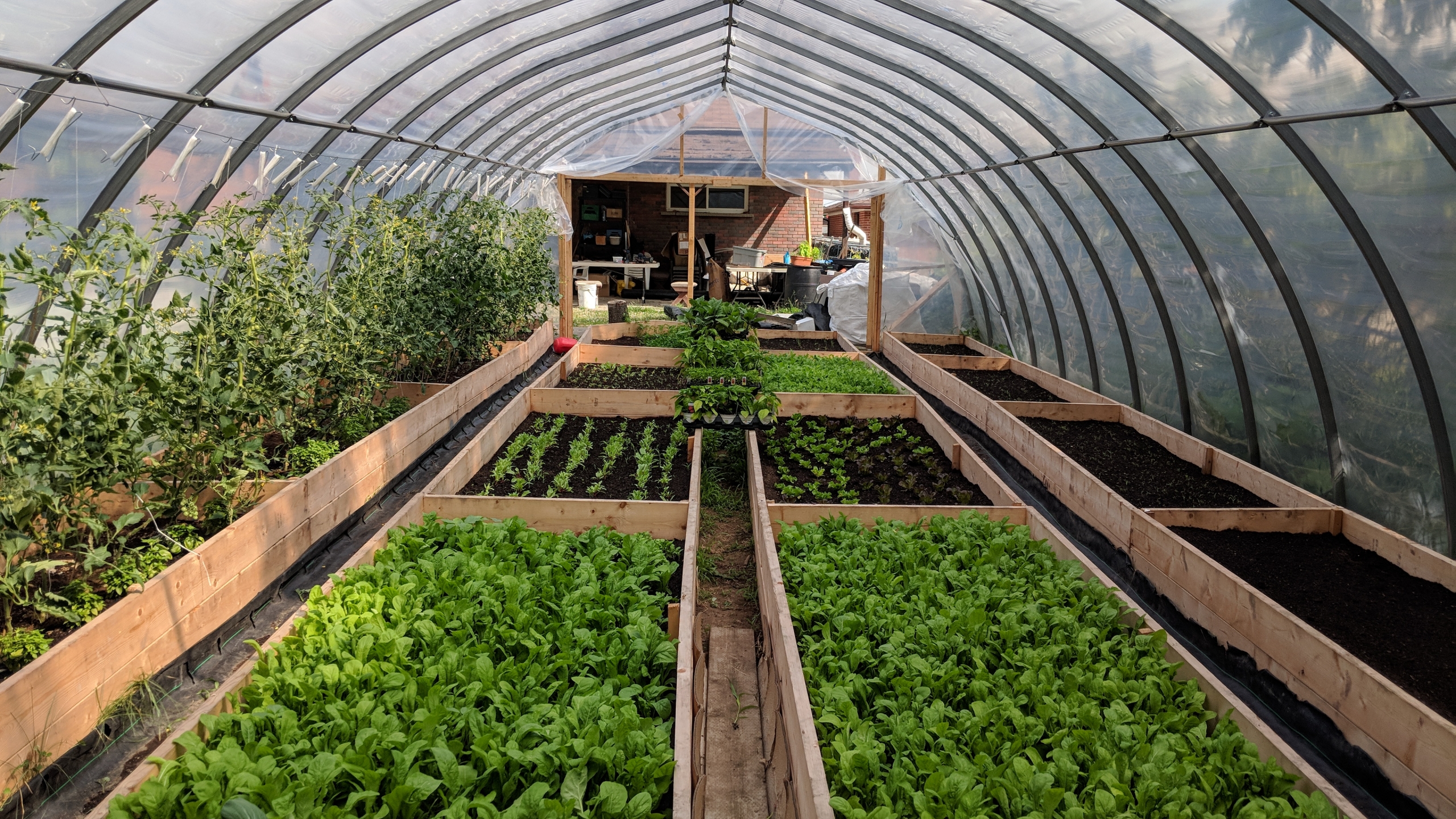 So… instead… let’s imagine something better! What if the farms were in collaboration (crazy thought, I know)? Imagine if they came together pre-season to work on a collective crop plan. Then, together with their farmer’s market manager, they discerned the needs of their community demographic and grow diverse crops to meet those needs. In this context, the farmers market now becomes a strategic partnership.

It makes the most sense I think. When it comes down to it, no one or two farm operations can feed Toronto anyway. With a population of over 2 million inhabitants in this city alone, not even 50 farms at full capacity can make a dent in the food needs of my city of Toronto!

I’m not even putting into the equation the population of the Greater Toronto Area.

This brings me to a second reason that we farmers are pressured to compete. In a nutshell, we the people have accepted the assertion that food derived from a local farm should cost more than food from an unknown source. It doesn’t feel right otherwise.

Take this little test to see what I’m talking about. Call any of your friends or family, get the kids involved especially, please, this is important for this fun exercise.

Ask them these three simple questions

What I’ve found is that we are quick to name the first 2, but watch your friends struggle in the last one. You could find someone who can name 3, but 5 local farms? Send me their names, I owe them a hug!

Consumers are so disconnected from their food source that they’ve actually become accustomed to paying for unreasonably priced produce from the stores that control and mark up those prices.

My mentor and friend Ran Goel of Fresh City Farms while on TEDx discussed this subject, and also unpacked The True Cost of Cheap Food.

Now you see? from my point of view, even us, the customers compete with ourselves without even knowing it. Having these few focal points of contact with our food stresses the system and is then the basis of our ‘food economy’ powered by the scarcity of supply and increase of demand.

So, back to my main question, What if WE the people..?

What if WE the people understood this? What if we the people chose to create and participate in an economy that is built on the collaboration between a collective of farmers and local producers?

What if we the people, see ourselves as local citizens who have the combined ability to change how we navigate food in our city?

What if we cared about how we eat, what we eat, where we can source our sustenance? More so though as a personal mission, when can we end the need for food banks in any city that we the people reside in?

What if farmers and market organizers knew of and had a good pulse of their community and vice versa?

What if farmers collaborated for what they grew in season? What would that mean for crop diversity?

What if you knew that the financial impact of this economy benefited a collective population rather than a single corporate giant? And you had a say in all of it?

It’s not just about supporting local, it’s about being aware of creating, and participating in what edifies and amplifies the local economy.

Loving your neighbor as yourself means participating in each others’ lives, an essential relational power of the local economy.

If all this were true, where do you think your city would be today?